Microbes and Other Shamanic Beings

Shamanism is commonly understood through reference to spirits and souls. However, these terms were introduced by Christian missionaries as part of the colonial effort of conversion. So, rather than trying to comprehend shamanism through medieval European concepts, this book examines it through ideas that started developing in the West after encountering Amerindian shamans. Microbes and Other Shamanic Beings develops three major arguments: First, since their earliest accounts Amerindian shamanic notions have had more in common with current microbial ecology than with Christian religious beliefs. Second, the human senses allow the unaided perception of the microbial world; for example, entoptic vision allows one to see microscopic objects flowing through the retina and Shamans employ techniques that enhance precisely these kinds of perception. Lastly, the theory that some diseases are produced by living agents acquired through contagion was proposed right after Contact in relation to syphilis, an important subject of pre-Contact Amerindian medicine and mythology, which was treasured and translated by European physicians. Despite these early translations, the West took four centuries to rediscover germs and bring microbiology into mainstream science.

Giraldo Herrera reclaims this knowledge and lays the fundaments for an ethnomicrobiology. It will appeal to anyone curious about shamanism and willing to take it seriously and to those enquiring about the microbiome, our relations with microbes and the long history behind them.

More information and details on how to purchase are available on the publisher's website. 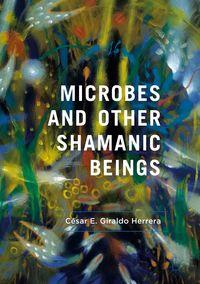