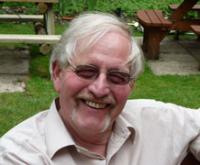 Peter Healey trained as a sociologist and researched on criminology and education before a spell working at the UK Economic and Social Research Council (ESRC). Over the past thirty years he has developed and managed research programmes and networks on science and technology (S&T) and innovation policy for a variety of funders including the ESRC and the European Commission, initially through the Science Policy Support Group.  His interests are in science and technology governance, especially in relation to democratisation, S&T indicators, and international and distributional aspects of S&T.

Between 2001 and 2004 he coordinated a European Thematic Network Science, Technology and Governance in Europe (STAGE) under FP5 which looked in particular at the experience of public engagement with S&T in a range of European countries.

Peter joined the James Martin Institute (the predecessor to InSIS) in 2004 and was convenor of its World Forum in 2006 on Tomorrow’s People, from which he co-edited a book with Steve Rayner titled, “Unnatural Selection: The Challenges of Engineering Tomorrow's People.”

Between 2006 and 2009, he coordinated a 10-country EU-funded project - Researching Inequality through Science and Technology (ResIST) under FP6 which looked at how S&T policies and practices distribute benefits and the ways in which harms can be made more transparent and accountable.

From 2012 to 2014 Peter acted as Co-ordinator of the Climate Geoengineering Governance (CGG) research project, and he is now working on the related Greenhouse Gas Removal Instruments & Policies Project (GRIP).

He has been closely involved in the development of InSIS's new area of research Changing Ecologies of Knowledge and Action (CEKA).