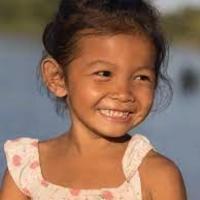 ResIST – Researching Inequalities through Science and Technology – was a three year EU project, ResIST, (contract no CIT-CT2006-029052) and a parallel study, RESULTAR, funded by the U.S. NSF, which worked between 2006-09.  These studies involved some fifty researchers in 11 partner institutions. They involved multidisciplinary case studies in four continents, involving both the generation of primary data and secondary analysis, on how emergent and mundane technologies can increase inequalities between and within societies, and how more inclusive S&T policies might be developed that would balance growth with inequality reduction and improved accountability to the poor.

ResIST focused on three forms of inequality – structural, covering capacities and resources in S&T; representational, covering the distribution of voice and power in determining direction for S&T and accountability for outcomes; and distributional, covering the ways in which the goods and harms S&T produced were spread across countries and groups. The work comprised a number of empirical case studies and critical reviews of literature and policies. The technologies studied ranged from the high tech to the mundane: for example, issues of accountability were studied in the development of malaria vaccines, the disposal and processing of electronic waste, and the life history of the T-shirt. Work was carried out by research teams from 10 countries and studied the experience of 3 world regions:  Europe, Southern Africa and Latin America/the Caribbean.

ResIST took up four issues where these inequalities were most likely to be reflected, and thus where there was significant scope for remediation: policy frameworks; international migration of the highly skilled and its impacts on capacity building in disadvantaged locales; new accountability mechanisms; and the economic and social impact of emerging technologies. Each issue formed the focus for work packages whose results are reported in the project’s legacy website which can be found at:

The fourth work package was developed into:

A final report on the project by Hagendijk, Healey and Santos Pereira (2009) examines the project’s findings in relation to eight sets of issues: development, cultural hegemony and indigenous knowledge;  inclusiveness and accountability in development and globalization; STI policies in the face of global inequalities; national innovation systems approaches and the mobilisation of science and technology against inequality; changing and competing policy paradigms; scientific mobility, knowledge transfer and capacity-building; emerging technologies and inequality; and building and responding to networks of expertise.

It concludes with recommendations for: policy objectives; accountability; traditional knowledge, property rights and accessibility of advanced technologies; migration and diasporal policies; and for emerging technologies in the light of their effects on distributional and other inequalities.

The report can be found here.